Since the seal is one of the smartest animals it usually arouses sympathy among the people. It turns out, however, that the presence of the mammal in a dream is not so good. It usually signals some emotional problems.

A seal lives both on land and in water, so in a positive sense it may mean combining emotions and reason in your life. More often, however, seeing seals in a dream is associated with disordered emotional sphere or ignorance. The dream is a tip that you should find the source of the problem and try to solve it. A seal in this situation may symbolize an attempt to identify your emotions. The presence of seals in the fantasy may suggest that you should pay special attention to your relations with your family and, if necessary, to make them even better.

In Greek mythology, the seal was an animal that was associated with nymphs. The Greeks believed that the girls changed into seals to be saved from the advances of men. Today, this marine mammal is considered a symbol of femininity, grace and intuition. If a woman dreams about the seal it means that thanks to her charm the woman will be able to achieve dreamed goals or will show her true nature. If the man dreams about seals it spells that there will be a woman who will completely possess his heart. 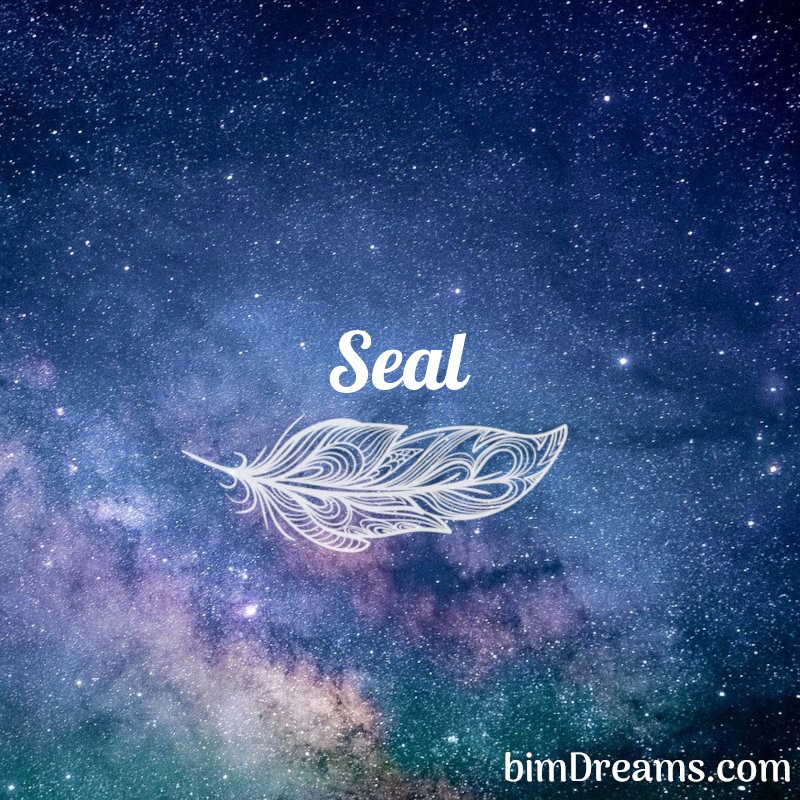