For centuries animals have been perceived as the basis for symbolic thinking. Thanks to the observation of their habits and characteristic traits, almost every human character trait can be depicted by the personification of an animal. In order to accurately interpret the dream, one has to be guided by a specific creature, because each species has its own symbolism and specific properties. This entry shows the general meaning of the dream about animals, while a detailed analysis of entries for individual families and species can be found in this dream book.

Animals in dreams can refer to specific emotional, physical, sensual and sexual needs, as well as to be a reflection of people you know. For example, the falcon depicts a wise grandfather, a bear and a lion - a strong protector and a sheep means a gentle girl. A hen can refer to a wife or mother and a leech to a colleague using you. The world of animals is extremely rich, and the dreamer has a huge field in this case. It is worth noting that almost every animal has good and bad sides. The wolf will not necessarily be the symbol of a cunning man, because it can also depict a good guardian.

In most primitive cultures, animals were regarded as deities, and therefore they were worshiped. This is a good reason to develop the traits of a dreamed creature, such as perseverance, cunning, strength or ability to predict future events.

Below is a short symbolism of different animals - you can find a wider interpretation of each of them in this dream book. 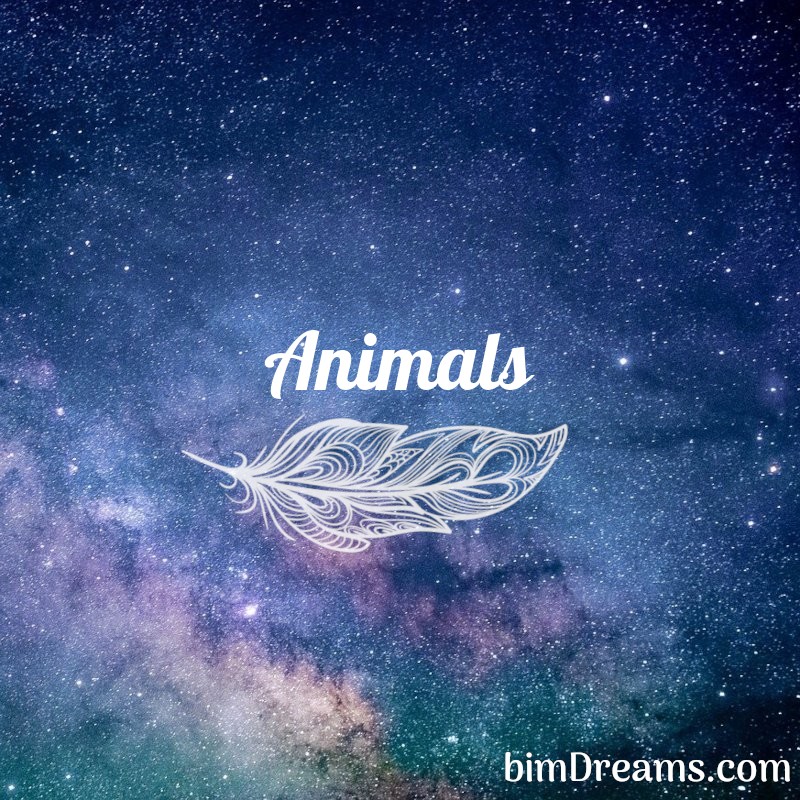