Not only because of the black color are these birds strongly associated with death. First of all, you can see them in places where people are dying. For example, they are present on the battle fields or during disasters. Ravens and crows, follow the marching soldiers and feed on the bodies of the fallen. Therefore, in European cultures they are considered to be impure. The Swedes in their folk traditions perceive ravens as the spirits of dead people. Christians also believe that the raven is a symbol of Satan, black magic and death. Because of this dark symbolism the emergence of a raven in a dream represents danger, death, disease and changes for worse in life. This bird may also reflect the dark aspects of the psyche: repressed urges, aggression, deviations, and fears.

Fortunately the raven appears in legends also in a different context. For example, it is a symbol of wisdom, perception, and a messenger of higher powers. In Germanic mythology raven is an attribute of Odin, the highest of the Norse gods of the Aesir dynasty. Therefore, in a positive dream the speaking raven sometimes even gives you tips for your life, warns against bad people and rashness. Do not forget about the longevity of this species, which in a positive sense may mean good health. 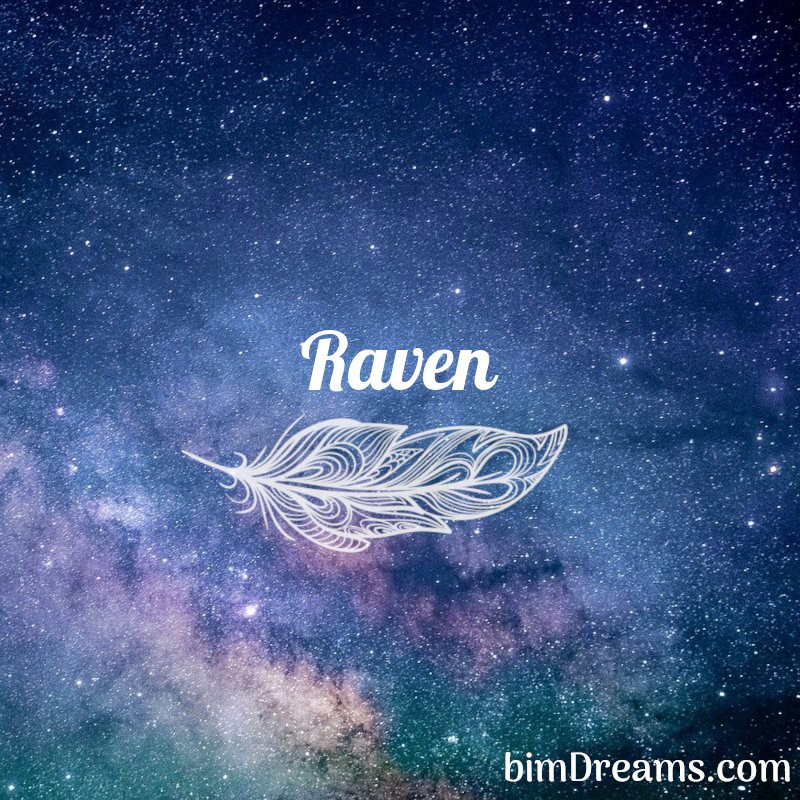