The crocodile is a beast you would never want to meet on your way. Even in dreams it causes fear and terror, so after such a nightmare you should be on your guard.

In ancient Egypt, the crocodile was associated with the underworld and the realm of the dead, so as its guardian it can be a picture of the real barrier, a kind of an obstacle on our way of life. Because it is an extremely dangerous and ruthless reptile, it must be also seen as a reference to your sworn enemy, someone who threatens you. This interpretation should be assigned especially to nightmares in which the alligator is attacking or even eating you.

According to the ancient beliefs the crocodile before killing its victims wept with grief, so the popular the phrase "crocodile tears" adopted as a symbol of insincerity, hypocrisy and mendacity. The dream may warn you that there are false and deceitful people around you, maybe even one of your close friends. On the other hand, it may also reflect the reptilian and wild nature of the dreamer, that is, their low instincts, craftiness or inappropriate style of life.

A dream about the crocodile should be treated as a warning against the hazards in your life. The way, in which you deal with this aggressive reptile, help you interpret the nocturnal vision. If you can kill the crocodile, or even to protect yourself, then the dream has a positive meaning. It is a reflection of the strength and courage of the dreamer or the other advantages of this reptile, for example, longevity. 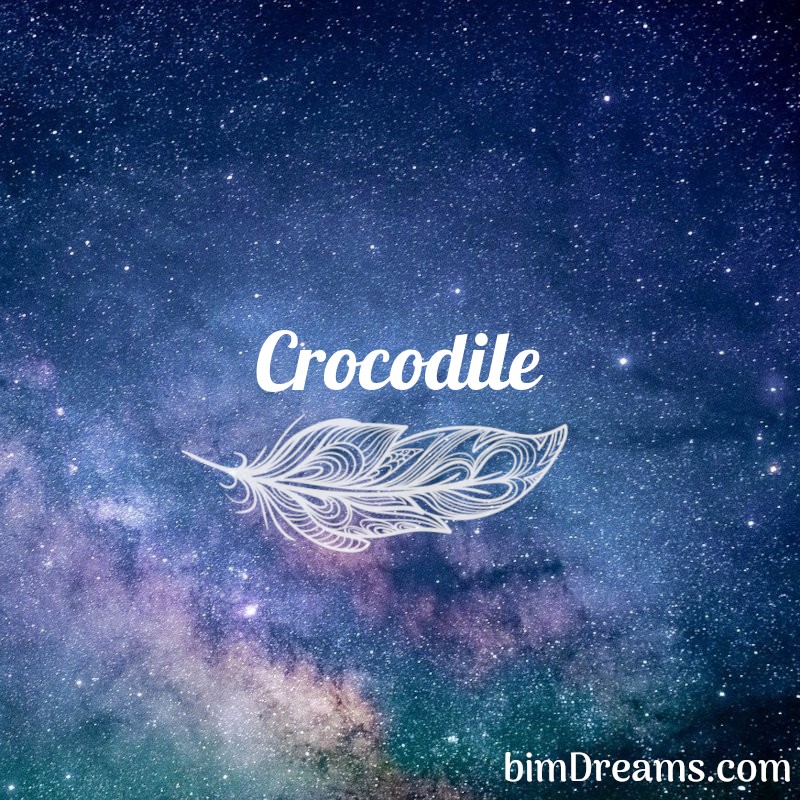