A dream about beer can be interpreted in both a negative and positive way. It all depends on how this golden beverage works on the dreamer. If it has a destructive impact on you or causes you trouble, it may herald some problems with addiction or other concerns. The same meaning comes with sour or expired beer.

Beer as a positive symbol of a dream may be associated with fun, a successful social life and success in business. This is shown, for example by the rich tradition of brewing in Poland, which dates back to the time of Slavic peoples and the beginnings of Polish statehood. Among the Slavs beer was a very popular liquid, and its taste was often improved with honey. Also in other cultures beer was appreciated. Among the Celts, who believed that it may be drunk by gods, this golden beverage was drunk by tribal chiefs and warriors. In Egypt it was considered a gift from god Osiris, and among other things it was a gift left in the graves or served during erotic games, because the beer pleased the heart of the goddess Bastet. 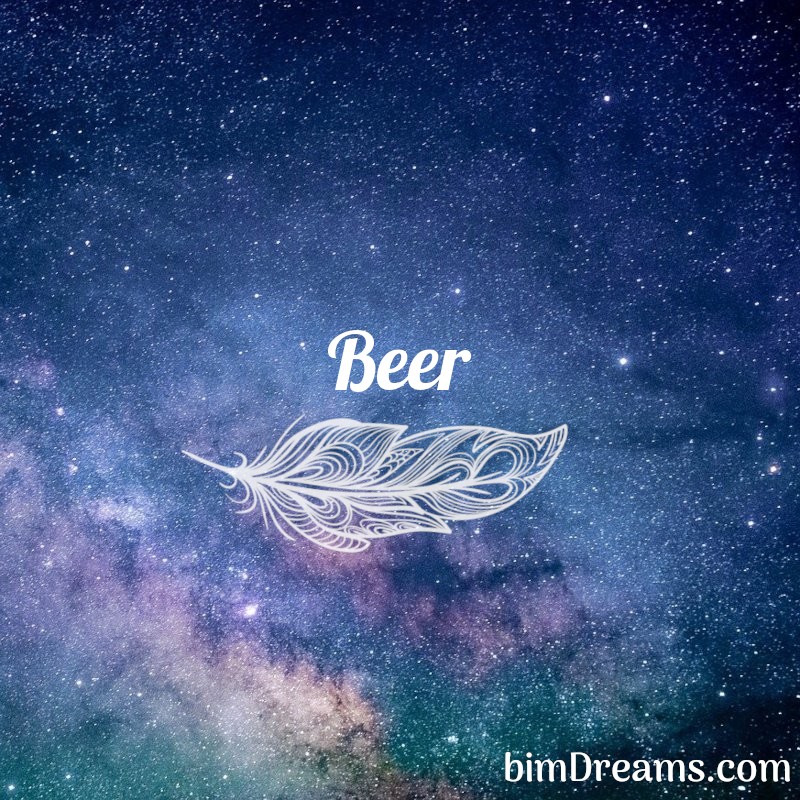