The duck is an animal of different abilities, as it is able to swim and fly. Because of that the duck has the symbolism of air and water, that is, the intellect and the emotions. Generally that bird has a good meaning for the dreamer, because it promises honors and met expectations. 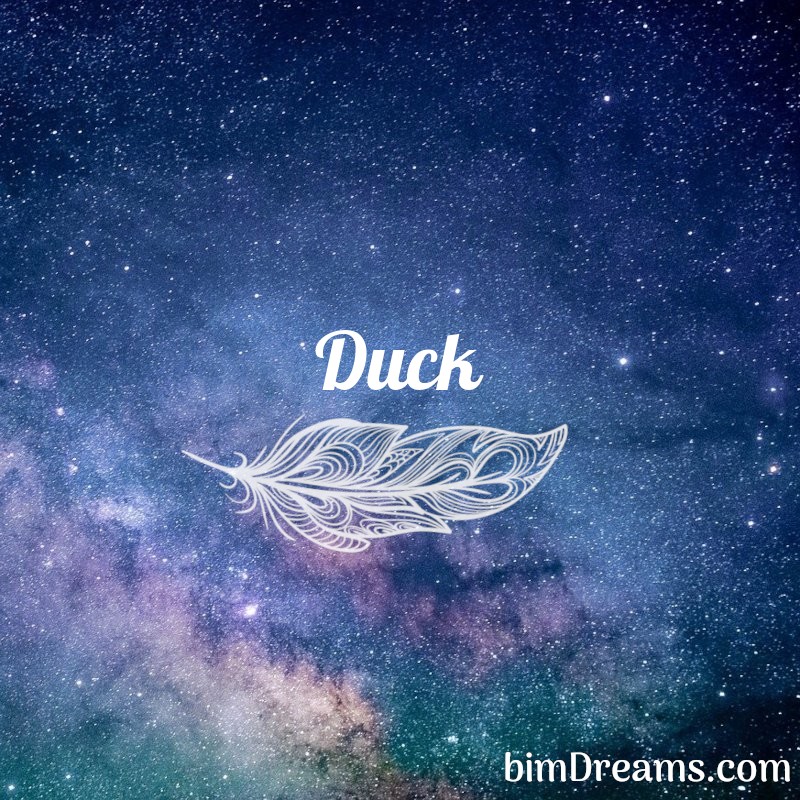