The dream about the end of the world can take many forms, but there is always something in common: fear, destruction, and death. Such a dream may have many meanings for the dreaming person.

After such a nightmare, people usually wake up terrified and drenched with sweat. Only after a while you realize that it was just a dream, and you can still go to work or to see your loved ones. Visions of the end of the world in dreams tend to be different. As in the books and movies it can be a flood, the great nuclear explosion, chemical contamination, bombs, monsters attacks, extraterrestrials, Armageddon, or apocalypse.

Despite many dramatic versions of this dream, the meaning is very similar. The Doomsday is a traumatic event in your life, such as a serious quarrel with a partner, illness, job loss or death of a loved one. It is simply something that for the dreamer is the "end of the world."

Sometimes the dream about the apocalypse is caused by fear and images from TV, where successive armies fight each other. People will always be afraid of war, the final judgment, or the end of the world and nothing can change it.

According to an old Polish dream book, a nightmare about the end of the world should open your eyes to the fact that others are laughing at you. 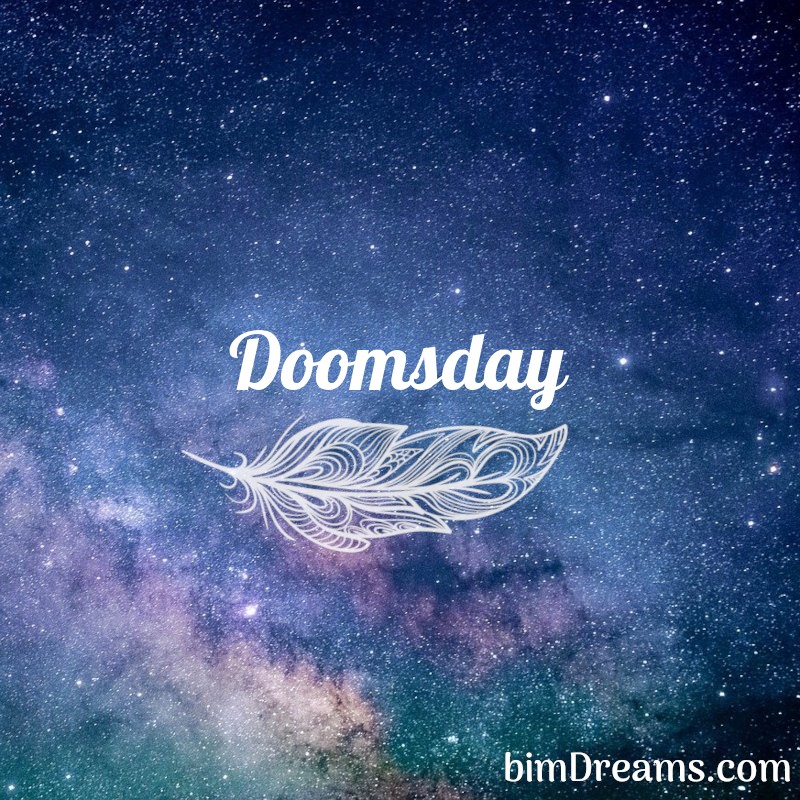