A dream in which there is a pregnancy is a sign that you are going through a metamorphosis and developing in the right direction - because pregnancy symbolizes progress, creativity, new plans, ideas and great creative potential. Interestingly, the dream may concern both girls and boys. But what about the women who are really pregnant? Therefore, at the very beginning it is worth to divide interpretations of the dream of pregnancy into two parts - for pregnant women and individuals who still aren’t expecting children.

If a woman has a dream related to pregnancy, childbirth or miscarriage, it naturally reflects the emerging thoughts and concerns about her current state. This applies particularly to girls, for whom this will be their first child. Fear of previously unknown situation finds its outlet in nocturnal fantasies. Therefore, do not receive such dreams too literally, especially those inauspicious.

It happens that women in the first trimester of pregnancy dream of tiny creatures, animals, flowers, fruits, and water. In the second trimester of pregnancy dreams usually reflect anxiety about the health of a son or daughter, being a good mother and dealing with the upbringing of the child. During this period, common are also dreams about the birth of the child. In the third trimester of pregnancy, when the body changes and grows, sometimes there are dreams of whales, elephants, dinosaurs and other large creatures. During the nine months they may have nightmares about infidelity or death of a partner.

It is normal that pregnant women and their partners speculate on what will be the sex of the baby. According to the dream books a child seen on the arm of a man heralds the birth of a boy, while on the woman's shoulder - a girl. It also happens that in dreams people ask you questions related to the sex of the child, but your answers also need to be considered from the perspective of your own wishes.

For people without children

For people who do not expect any children, the dream of pregnancy is quite surprising. However, it should be interpreted as a metaphor for the birth of a new idea, concept, the direction they want to follow. Most of fantasies of this type mean therefore progress, creativity, a period rich in successful events, but some should be received as a warning about your life, including miscarriage, abortion or complications during the "dreamed" pregnancy. 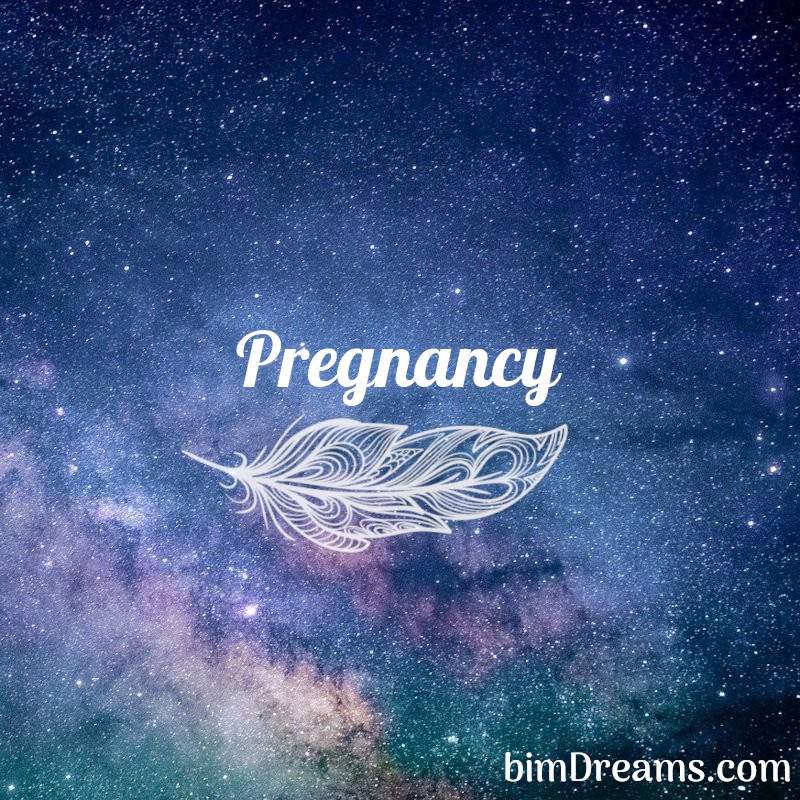