The snake is not only the most complex animal symbol of a dream, but also probably the oldest one. For some, these reptiles are the cause of anxiety and fear, while others are fascinated with these animals. Therefore, for hundreds of years the serpent has acquired extreme symbolism, depending on a given culture or religion. The interpretation of a snake dream was based mainly on Christian symbolism, but other beliefs were also taken into account.

In the Christian religion, the snake is the symbol of sin, the evil and fall of humanity, as anyone who knows the history of Adam and Eve knows. The crafty snake tempted the first woman in the world to eat the forbidden fruit, and as a result Adam and Eve had to leave paradise. Nightmares about this reptile have a negative connotation for Catholics, especially since it is also a very dangerous creature, which can swallow victims many times bigger than itself. The dream about the snake warns, therefore, against both false people, and your weaknesses and temptations, as not much is needed to destroy your own happiness.

While in Christianity the snake is seen as the incarnation of Satan, many cultures present it as a positive symbol. In the ancient world, domesticated snakes were kept in healing temples, and the Greek God of medicine Asclepius took the form of this reptile. Moses and psychologist Carl Jung also point to the healing symbolism of the snake. Jung interprets two snakes located on the Mercury’s staff as an emblem of homeopathic medicine. In this context, a dream about snakes (for example, green ones) can be a great omen for sick people. They will finally recover. 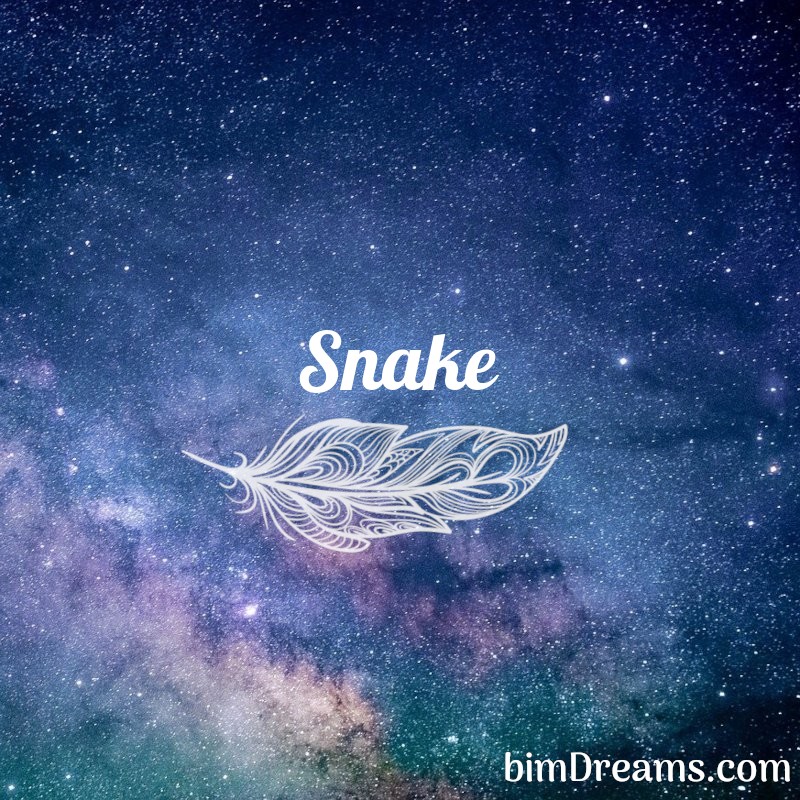