In many cultures it is believed that the beard is an attribute that adds a man authority and charisma. According to the dictates of tradition it is worn by the clergy of the Orthodox Churches, the Amish and Orthodox Jews. This very symbol of male power, domination and wisdom can also appear in the fantasies of women. It may have various meaning in different contexts.

Artemidorus wrote that having a beard bodes same positive not only for scientists, psychologists and pedagogues. If the young man dreams he has a beard it is a sign that he will be lucky in love, while an older one can expect that he will live long.

For a woman the appearance of a beard in a dream means that she will have to prepare herself to fulfill the male role in life. This may be an attempt to replace someone's father, caring for siblings, or undertaking physical labor. Other explanation of the dream can be a symbol of the feelings of a woman to a man with a beard, with whom she feels safe.
For a man beard spells wisdom, life satisfaction, vitality and strength. It is a typical attribute of masculinity, so do not be afraid of such dreams. Let's see what are the most common fantasies with a beard:

The dream of a beard can also symbolize a kind of attempt to hide your true face behind a mask.

Finally, color key should be introduced. 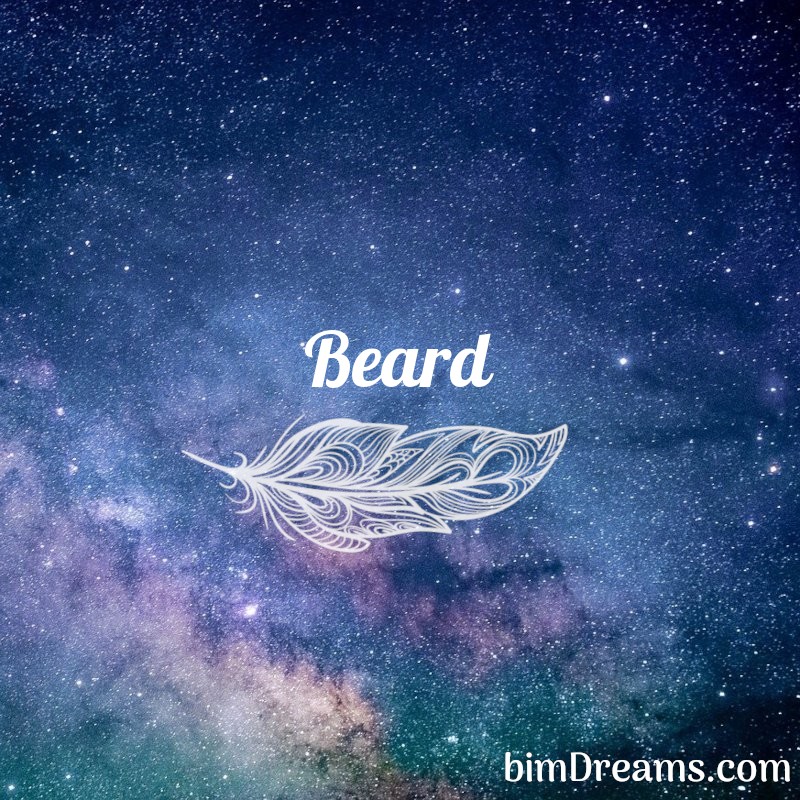