Underwear symbolizes the most intimate area of human’s life. Dreaming about it can be associated with a very personal matter, concealed from others. It is often an expression of emotions in relation to your own body, as well as a sign of shame and guilt stuck in the subconscious.

When you've been dreaming about underwear, you ought to consider how you feel in it. If you do not feel comfortable and ashamed that someone might see you, it may mean subconscious fear of showing your true feelings and emotions towards others. However, none of this uncertainty portends that you are ready to tell the truth about yourself. Underwear is the most intimate part of clothing and not without reason it also refers to feelings such as fear, shame, or fascination. 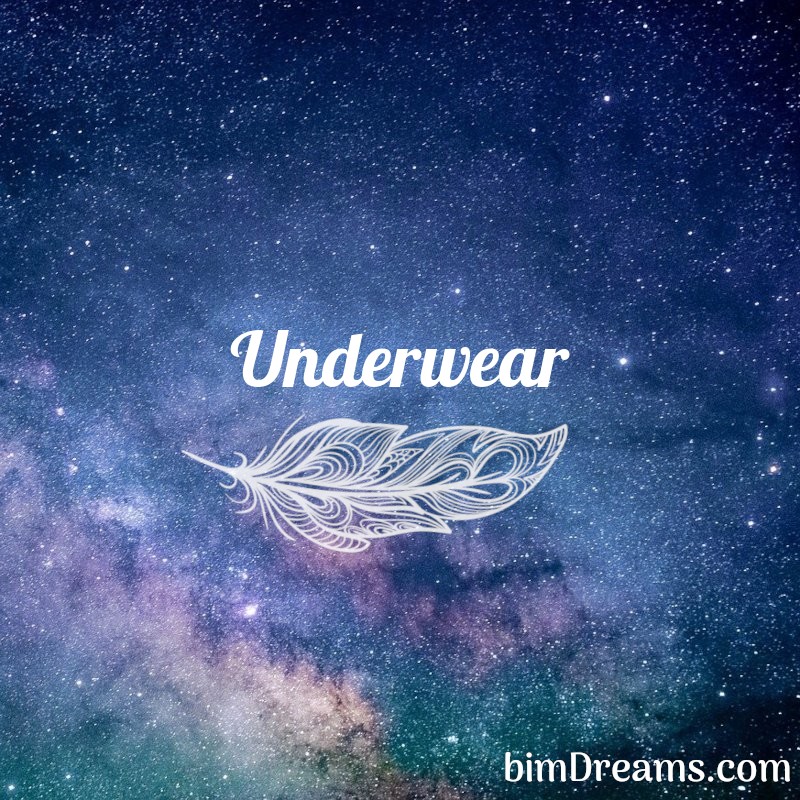