The sword is the oldest historical bladed weapon. The first ones were made of bronze in the Bronze Age. In medieval times, the sword became the symbol of the knighthood, and it was a very valuable object. Warriors often named their swords to emphasize their unique powers and might. It was also necessary at the ceremony of coronation and knighting. This weapon has played an important role in historical conflicts, just to mention two naked swords given as a challenge to Wladyslaw Jagiello by the Grand Master of the Teutonic Order Ulrich von Jungingen before the famous battle of Grunwald. The cult of the sword is present to this day but over the years it weakened, you can usually see swords in a museum or in a movie. Sometimes the sword appears in dreams, so it is worth to know what it means.

When you dream of the sword, you should almost always be happy in such a situation. The sword is in fact the symbol of honor, courage and power. It also represents truth and justice. In the dream it may symbolize rich values and spiritual energy of the dreamer, as indicated by the cross, which is formed by the blade, handle and hilt. The sword is the motivation not to doubt and always approach all issues with faith.

Receiving and carrying a sword may herald honors and power. On the other hand, breaking or losing this weapon is synonymous with disgrace and loss of respect. The dreamer should analyze their behavior in recent times, as he/she may forever lose the honor. Such a dream often comes, for example, to people in leadership positions who make important and responsible decisions.

The sword in the sheath is the symbol of a dual nature and dual personality. If in a dream you are fighting with swords, it is good news. This reflects your confidence. The fact that you believe in your abilities, allow you to reach your goals. But when you only look at people who are fighting with swords, it is a signal that you should work harder and devote it more attention. Others train hard and do not complain, which may be an allusion to your own attitude. 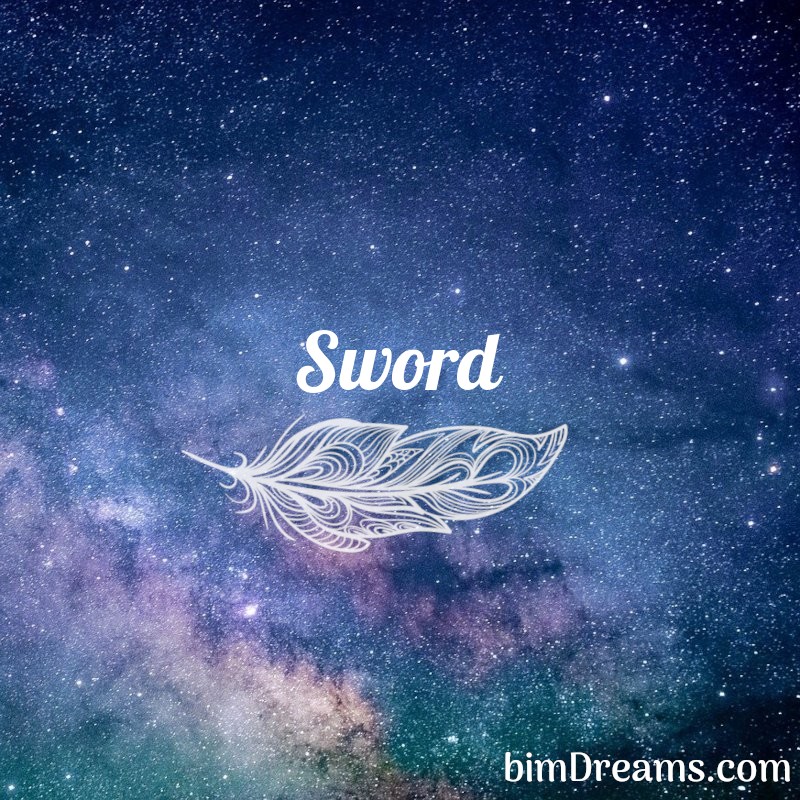