The dream about a former boyfriend at first glance may be associated with longing for a man once close to you. But the reality is more complicated and complex.

Many women suffer long after the breakup with their boyfriends, and if it was a strong love, these feelings do not expire even after many years. It is natural, therefore, that the person with whom you spent many days and nights, went for walks, had sex, will appear in your dreams. It is important if the "ex" appears once, or maybe the dream recurs. In the first case, this means that the relationship is the past. In the second one, that there are still some unsolved issues.

The context of the dream is very important. If the boy hugs, kisses or comforts you, it may be a sign that the feeling still smolders on both sides. For a woman the dream means grief and longing after the lost love, but probably also the ex-boyfriend shares similar feelings. On the other hand, if in the dream, you are hurt or ignored by him, then it is a sign to go ahead and stop thinking about him. It is the same when he turns his back to you or you see him with another woman. This is a clear signal that his feelings are directed towards another person.

When a woman sees in her dream the former boyfriend from her childhood, it is a reflection of her longing for the days of youth and freedom, when the duties of marriage did not put a crimp in the flirt and dating. In this situation, the present partner should spice their relationship up a little.

Some girls dream that their ex gives them advice on the emotional life. Contrary to appearances, this makes sense, because the ex-boyfriend is a warning against repeating old mistakes in the present relationship.

What if a woman dreams about her ex-boyfriend and she is massaged or caressed by him. It is a sign that she should try to break down reluctance caused by painful breakup with her ex.

Guys usually willingly bestow their girlfriends with teddy bears or pets. When a woman dreams that she gets a mascot, it is a signal that she still thinks about the relationship and feelings. On the other hand, it can also be a symbol of immature relationship that she had with her ex-boyfriend.

The nightmare, in which the guy kidnaps the girl, is the suggestion that he still has a thing about her. The question is whether it’s love or hate. 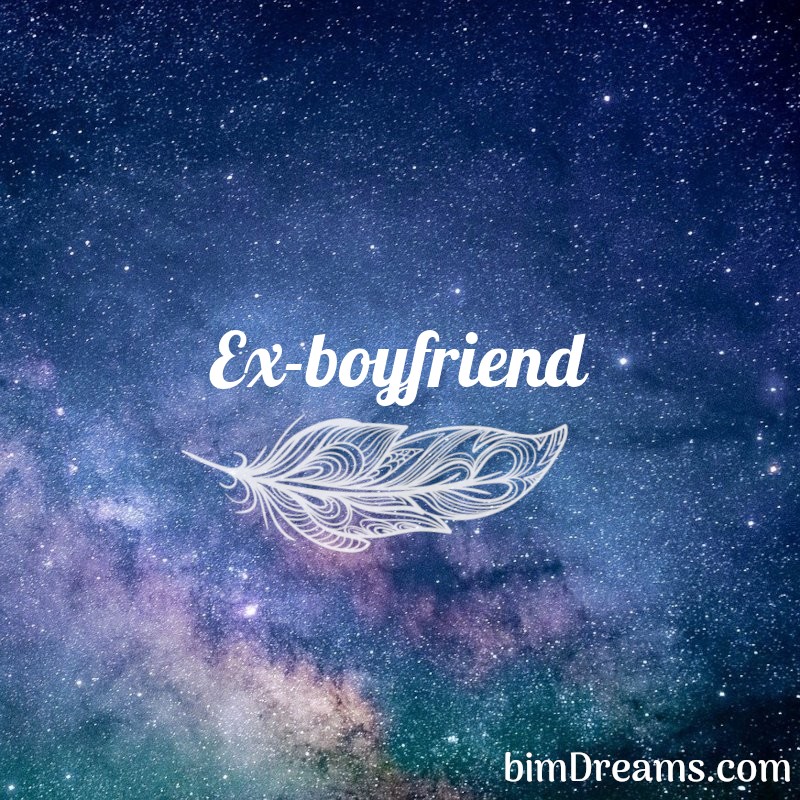