Substances which alter the state of consciousness are great and dangerous force which is difficult to snap out of. A dream about drugs in most cases is therefore a clear warning against committing a fatal error, which may be, for example, becoming addicted to drugs or a person.

The only positive motive for drug-related dreams will be a situation in which you refuse to take any. In that case it shows your strong will and courage. All the other dreams of "pills" suggest that you should get into the habit of refusing addictive substances.

A dream about stimulants can refer to several things:

In this context, the dream is an indication that you have been acting inappropriately in recent times, harming yourself and the loved ones. You are running away from the daily duties and problems, have your head in the clouds, which in the future will not affect your life very positively.

Dependence on a situation or person.

Drug substances may be symbols of people to whom you are addicted, and succumb to their will and influence. Such a toxic relationship is often between the husband and wife, parent and child, and from time to time between friends. The dreamer could also embroil themselves in some complicated deal, which has a bad impact on his/her abilities.

The search for unusual experiences.

Taking drugs in a dream may be connected with the desire to diversify the monotony, or experience new emotional stimuli. In real life, however, is not worth reaching for stimulants; it’s far better to look for other attractions.

Warning against the temptation

The dream can be perceived as a warning. You should resist the temptation, which in this case is symbolized by drugs. In real life it doesn’t have to be drugs, but also alcohol, gambling or other addictions (computer, sex, shopping).

For people taking drugs, such a dream will be an obvious clue to break the habit as soon as possible. 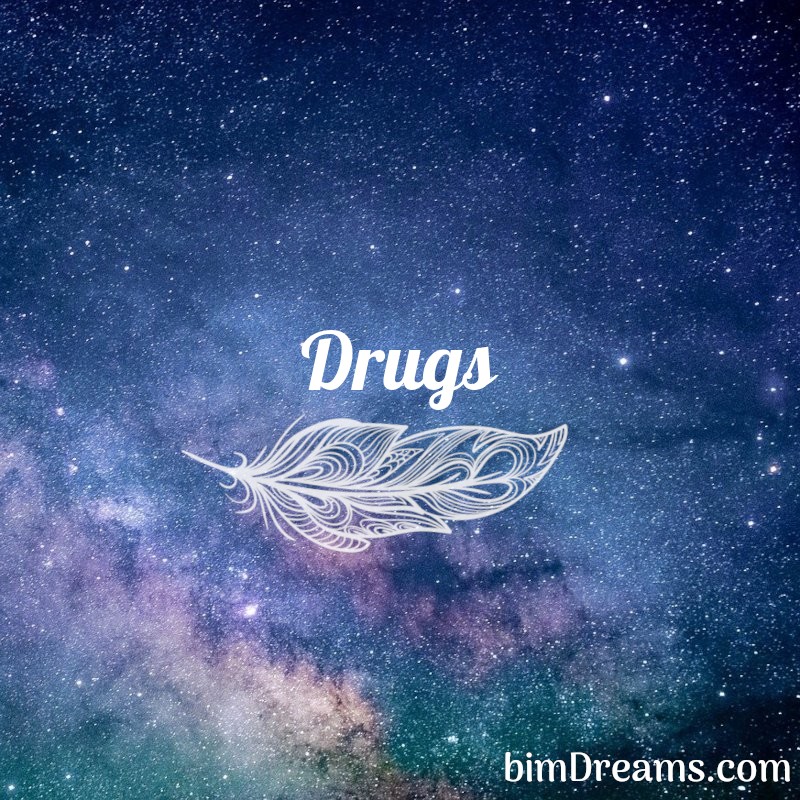