The Pope is the symbol of the highest rank, because to see the superior of the Catholic Church.

The Pope represents the higher self, spiritual guide, guardian angel, and authority. The dream has a positive meaning especially for Catholics, but also people who don’t believe in God can take it to their hearts. The key to understand the meaning of the dream is the face of the Pope:

Other meaning of the dream: 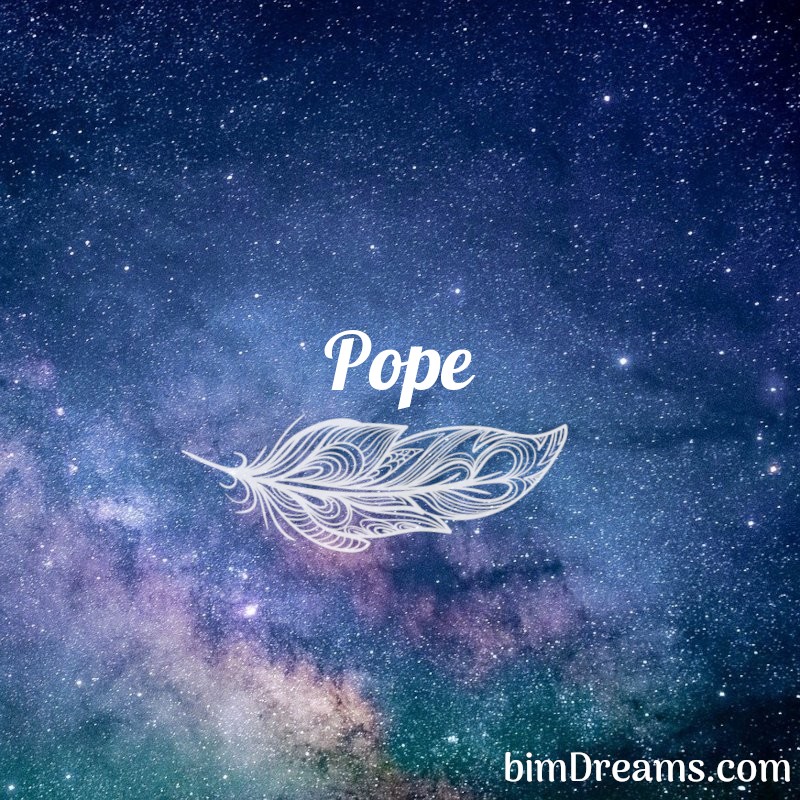