People who dream about a helicopter, rather, do not regret it. This is a dream showing great potential, opportunities and ambitions. It means achieving a progressively higher level in the professional career and personal life. Therefore dreams, where you see the helicopter, you fly or even control it, promise prosperity. Hard-working people, who are not satisfied with already achieved successes and set new goals, can especially count on it.

The helicopter sometimes can be a warning signal that the dreamer hurries too much and tries to do too many things at once. For hot-headed people such behavior may end up that they’ll fail to bring any matter to a close.

Other meaning of dream: 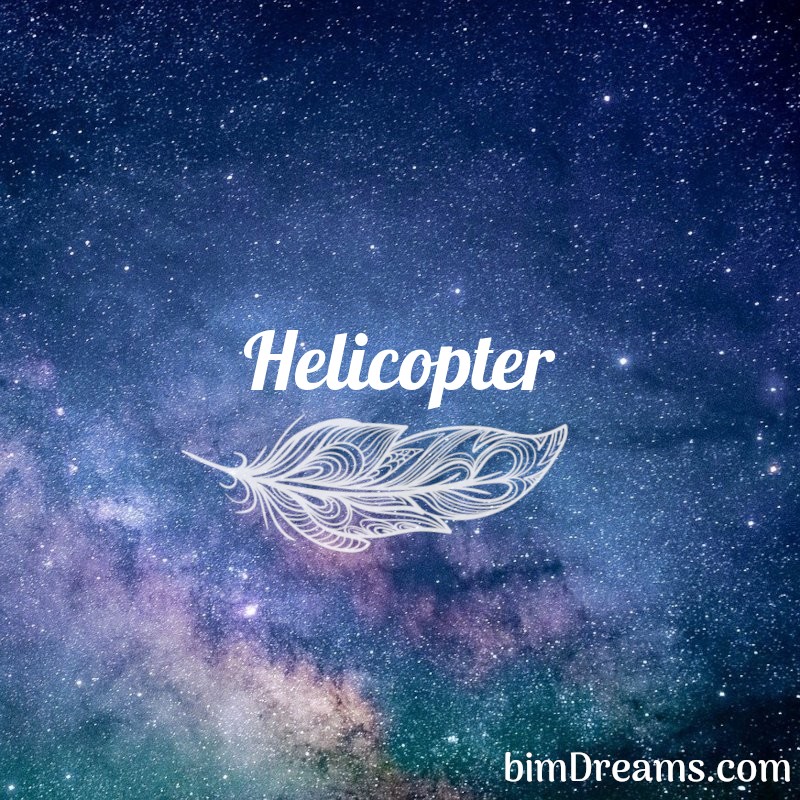