Nobody likes to attend funerals which are sad and full of tears. However, it is a common motif in people’s dreams - for example the funeral of a grandfather, grandmother, parent or friend. Sometimes people also dream about their own burial, although they are not yet going to the other world. What is the meaning of such dreams?

Elder people are most likely to have nightmares about death and a funeral. It is so, because they are more likely than others to think about death. These fears are also reflected in dreams.

In this situation, the dream about a funeral is a symbolic ending of some stage of life, burial of memories, and reconciliation with loss. Burial refers to the departure of the old "I", in order to develop a new personality in its place.

According to Old Polish dream book, your own funeral is a harbinger of longevity, long and peaceful life.

Funeral of another person:

The cooling of relations

The funeral of a friend suggests that your relationship with a friend is getting worse, mutual relations have cooled down or even died completely. If it is the person you like, it is worth thinking about going somewhere together or at least calling that person.

There are situations when some time after a dream about a funeral, somebody actually passes away. It seems, however, that it is more a coincidence than a real death prophecy for a friend. 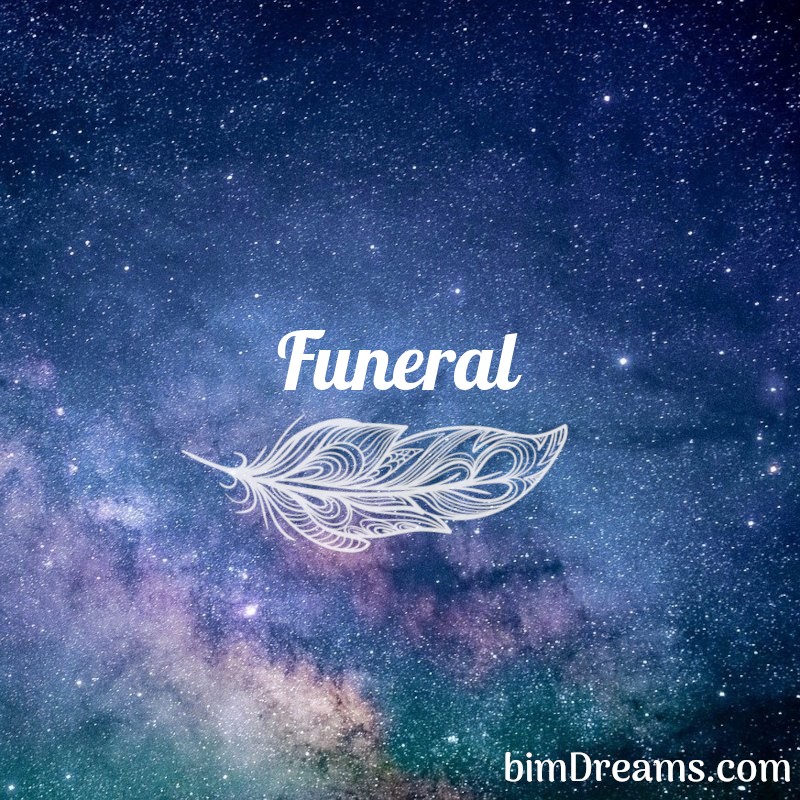