Cats are among most popular pets, though they have a predatory nature. They have accompanied people for thousands of years and in the past were not only worshiped and praised, but also considered to be cunning and associated with witches and misfortune. So the cat has appeared in human’s dreams for centuries in different contexts. Even nowadays it is difficult to show one general meaning. It seems, however, that the most frequently checking prophecy is that the cat is associated with false friends, bad luck, or danger. Cats are smart, predatory and dangerous, so people with these characteristics should be avoided, and you shouldn’t do any business with them.

The dream about the cat is often a warning to the dreamer, but may also have a completely different meaning. In Egyptian mythology it was considered a sacred creature, accompanied by the goddess Bastet, the patroness of marriage, and sensual joy. That is why the cat is seen as a symbol of sexuality, femininity, fertility, and emotionality. Depending on sex, the dream may have a different meaning. For the ladies a wild cat is a reflection of libido, or hidden desires, while for men it will be a picture of the woman they want to win.

The cat is an animal which follows its own ways, so the dream can illustrate independence, self-reliance, but sometimes the loneliness of the dreamer 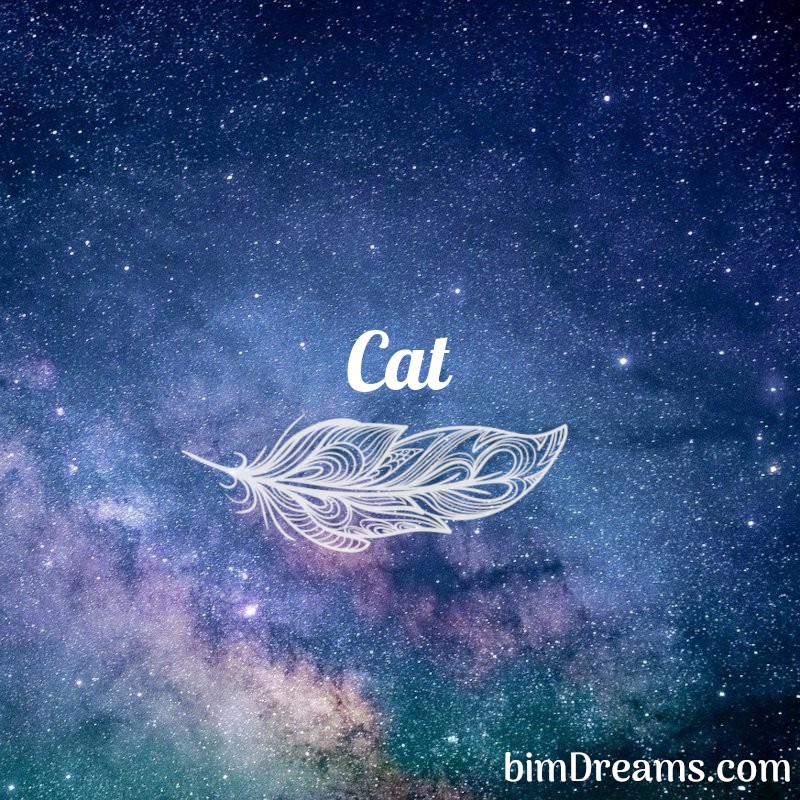