The numbers are certainly among the most intriguing and difficult to explain dream subjects. It is believed that they were already used approx. 30 000 years BC. The greatest philosophers and mathematicians of ancient Babylonia, Greece and India also claimed that the numbers are associated with the principles of creation and the functioning laws of time and space.

It is difficult to point out the meaning of numbers in a dream, because they usually have a very individual character. As the numbers are symbolic equations, strategies and thoughts, the dream may suggest that you should think about a good plan for your life. Numbers can both represent the thinking process, development, various aspects of life, and relate to individual values and events in the life of the dreamer. For example, the number 2 can symbolize an event that took place two years ago. Number 14 or 30 may, in turn, mean the age of the dreamer.

It is worth noticing that numbers in the dream can be in various forms and in various places, from those seen in a notebook or on a school board, to the numbers on clothes, walls, buildings, phone numbers, license plates and bills. Numbers can also be expressed by objects, people, animals, seasons, hours, or geometric figures.

Anyone who is a gambler wonders if the dream about specific numbers has an impact on games of chance, such as lotto and roulette. Some dream books encourage to bet your money the next day in the betting outlets or a casino. Is it worth the risk? You have to decide by yourself.

In this entry we present the general meaning of dreams about numbers.

Most interesting meaning of individual numbers: 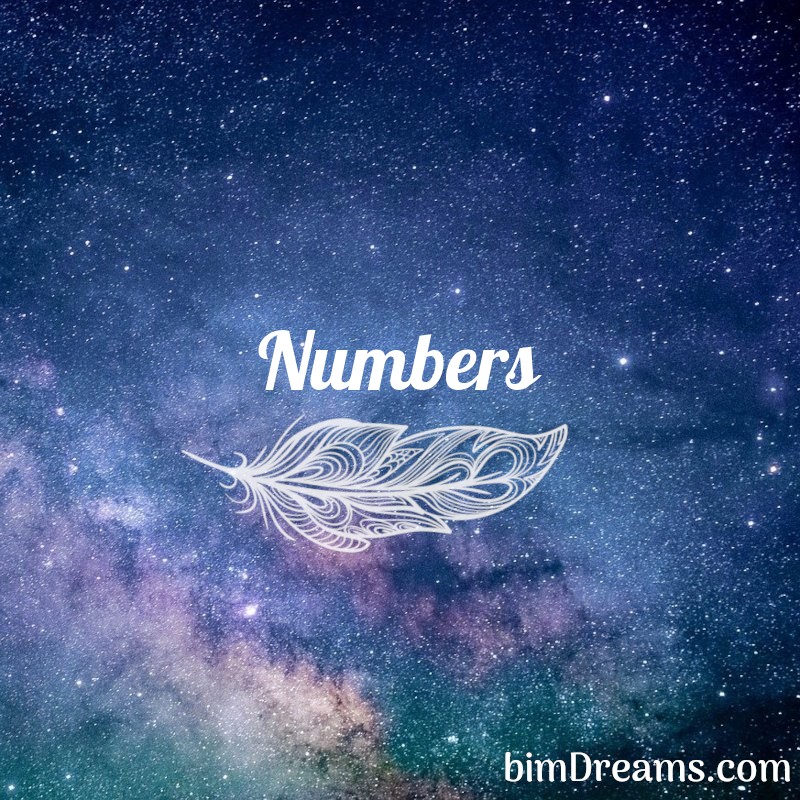