Color blond as we understand it shades from light brown to almost white. It is estimated that worldwide there are approximately 25% of people with fair hair. There are many stereotypes about blondes, sometimes contrary ones. Everyone knows an image of a blond woman as naive and not very wise, on the other hand, she is considered to be an idealized, romantic muse and sorceress. Most of the princesses in fairy tales has blonde hair. Other association with the blonde is the concept of a sex bomb. It is an image of a woman liberated and incredibly attractive which was spread especially by two American pop culture icons Marilyn Monroe and Jean Harlow. Interestingly, in fact, they were brunettes. Many women following their example began to lighten their hair.

The interpretation of dreams about blondes has a rather negative meaning. For women it may herald treason. But do not assume the black scenario illegitimately. It should be mentioned that betrayal does not necessarily refer to a relationship, it may also arise in the context of friends or other people acting to harm the dreaming girl.

The blonde behind the wheel in a dream may herald an accident and not necessarily a car accident. If you dream of a famous blonde, like an actress or singer, then it's explained as financial losses. 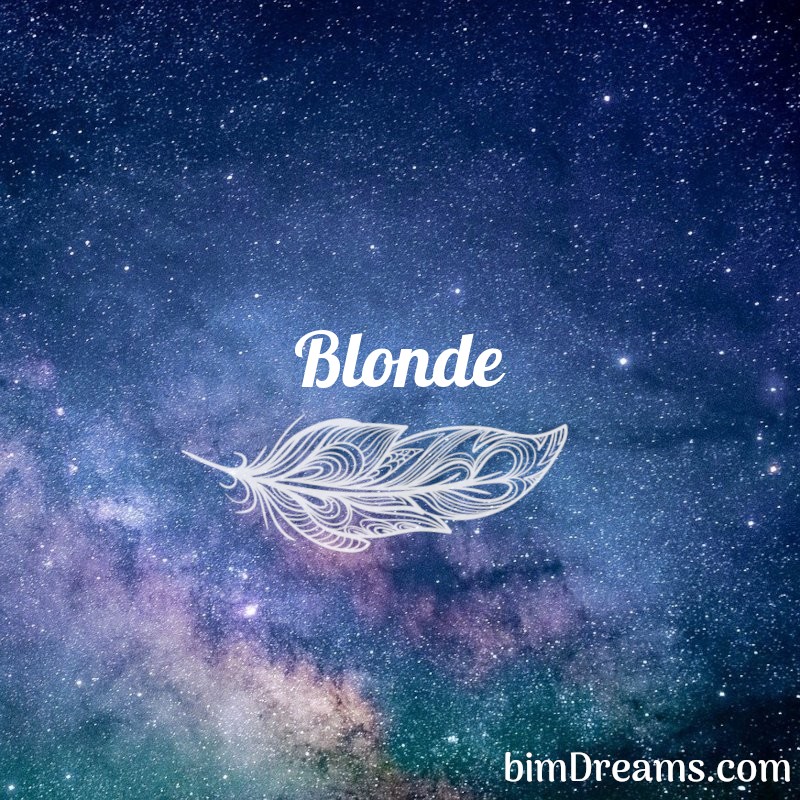